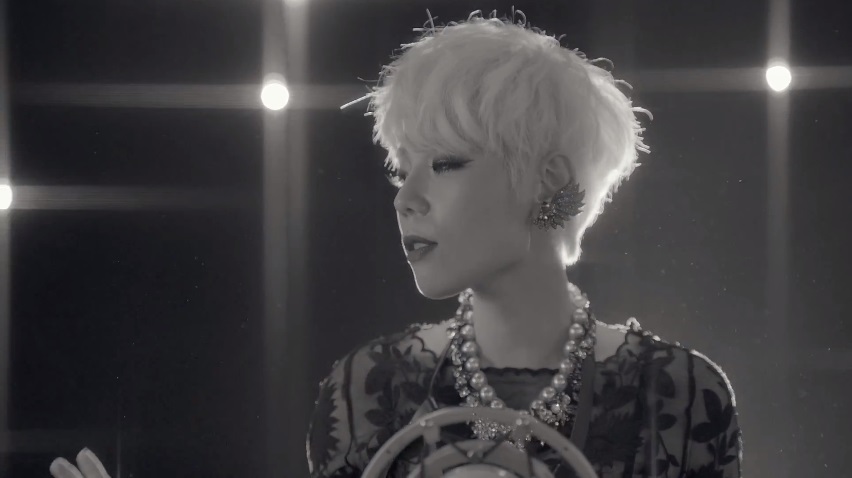 I have a list (or I would if I had thought of making one when I first became obsessed with music) a million miles long of songs that I love, love, love, but forget about almost as soon as the last notes drift away. When they pop up on a playlist I get all excited and can almost feel the music tickling my skin and making me all excited. I am willing to wager that you have some of those songs too, maybe music from high school that you’ve almost forgotten about but still know ALL of the lyrics. Or maybe it’s music your parents played all the time and whether you like it or not, you love it. Or maybe, if you’re like me, it’s almost everything because you consume music at such a frantic pace that your little brain can’t keep up.

Rumble Fish was a South Korean rock band with three gents and a lady vocalist/guitar player. They debuted in or around 2005 and were active as a group until 2010. All three of the male members called it quits due to ‘artistic differences’ with Choi Jin Yi. Our heroine decided to continue on as a solo act, still using the name Rumble Fish, to put out more ‘mainstream’ music. I barely know anything about the group or about Choi Jin Yi, but the song The Virulent Song, released in 2014, was love at first listen. As soon as I heard it, I tucked it onto a playlist or three and have lived the last three years pretending that I make any sense at all as I belt out my own version of the lyrics at full volume.

We all know I don’t make any sense. In Korean or English.

Choi Jin Yi is super sexy, her voice is full and rich, and the song has a fun taste of swing to it. Kanto, one of my favorite rappers (I say that about most rappers…I have a lot of favorites) shows up for a few seconds as the featured artist and kills it. I think these approximately nine seconds were my introduction to Kanto and I’ve never looked back. This song, almost without fail, makes me feel better about life regardless of my mood. There’s just something about it. The problem lies in the fact that I NEVER remember it exists unless it pops up randomly. The only reason I thought of writing about it for Throwback (Musical) Thursday was because it was the last song I heard while walking my dog…minutes before writing this post. I even prematurely stopped my music so I wouldn’t forget it as soon as the next song started.

So my wish for today, and I am wishing really hard here, is that someone will hear this song and love it as much as I do. I am hoping beyond hope that someone will not only love it but remember it and periodically throw it on on purpose. This song deserves this much and more.

New on the Scene: Golden Child