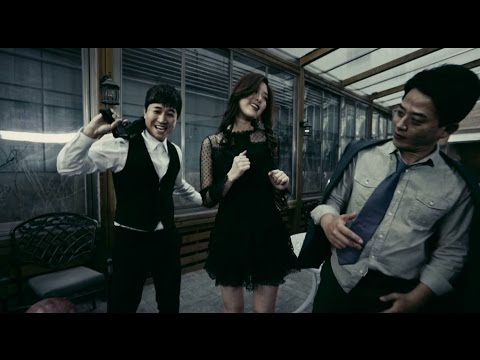 So, Mondays, am I right?

Seriously though, Mondays need something a little special right away to make sure your work week (if you partake in the traditional work week) starts off on the right foot. Sometimes that something special is song or playlist that touches your heart or a piece of fic that is so well written it sets your mind on fire. Sometimes it’s a little interaction with a stranger that makes you smile and remember all that is good in the world. Sometimes it is an unexpected and happy bit of news or a raise.

This whole Good Zombie video, from music to styling and makeup to overacting is just like some sort of nutritional breakfast for my soul. It will seriously carry me through until the doldrums of Monday afternoon hit. Charlie and Shinba are old school Korean Idols…like from WAY back (I say this in a tongue-in-cheek fashion because Shinba and I are the same age. sigh). They seem super secure in their place in the world and are willing to have a ridiculous amount of fun while feeling just the right amount of embarrassment, as is evident in the behind the scenes footage at the end of the MV.

Not only is this song zombitastic on the surface, but it is the perfect metaphor for Mondays. These poor zombies just want to participate in life to their fullest capability and are constantly thwarted by Shinba shooting them with the worst possible fake gun in the entire world. Come on man, we brought gifts for your kid, we just wanted to put a blanket on the lady’s lap so no one would look up her skirt, we just had some banking to do. Stop. Shooting. Us. Monday is Shinba. We are the zombies. Obviously.

Added bonus, the song is horribly delightful. I caught my husband singing it. He walked by me actually singing it out loud to himself and then stopped in his tracks and yelled at me. Like it’s my fault his subconscious loves perfection. Jeeze.

Trust me, take a moment to watch this first thing. It will really help you over whatever it is that makes your morning a challenge.

Khottie of the Week: Gong Yoo