Posted by Stephanie on August 6, 2014 General

I was thinking Kdrama was having a pretty great year this year, and since we have many of them under our belts, I thought it might be time to update the TBWList. That means it’s time for the Kdrama Hot & Cold List! Which dramas have a chance to be put on that all important list, to eventually be watched, or ignored. (Hey, Kdrama watching time is hard to come by!)

Flower Grandpa Investigation Unit: I tried the first episode of this drama, I didn’t love it. I’m not entirely sure I actually liked it that much. Oh Cable Dramas, sometimes you go so right, and then others, with the over the top, trite characters, you irritate the bejeezus out of me. Now, Grandpa Flowers wasn’t hateful, maybe it got good, but I’m not sure I’ll stick around to find out Verdict: Tepid, like my shower on really cold days.

Doctor Stranger: On the one hand you have Lee Jong Suk. On the other hand you have stupid face. I hear you had a plot that chased even the most fervent LJS fan away–including my friend Thea. That’s saying a lot. Despite it’s leading lady casting, the downer of the show was a bit of a surprise as the plot, originally on paper, looked like it had th chance to be pretty exciting. Oh wells, better luck next time Lee Jong Suk: Verdict: Freezing this one out.

Triangle: I was iffy on this one from the start, with my not loving Bum and my not being able to picture JaeJoong as a gangster, but I hear that JaeJoong was actually pretty good. Unfortunately, I heard that the ending was absolutely terrible (hindered by an extension.) And if I know from the start something is going to end badly….hrm. Verdict: Brrr…It’s cold in here!
New Leaf: It’s never really a good sign if a drama gets hacked almost in half, right? Since this happened to New Leaf, it’s as if someone is saying “don’t watch this!” But it has Anthony in it! I love Anthony (or the actor who played Anthony in King Of Dramas). From what I hear the drama was boring and the ratings were low–and you know what that means? It’s a perfect Stephanie drama. Verdict: Forest Fire! (Get it? Leaf? Fire?)
Big Man: Did anyone hear anything good or otherwise about this drama? I think it came and went with very little fanfare, but I like Daniel Kim, I like Kang Ji Hwan, and the possible heart stealing premise ‘stole’ my attention. Verdict: Pass me the butter, it’s toasty time. 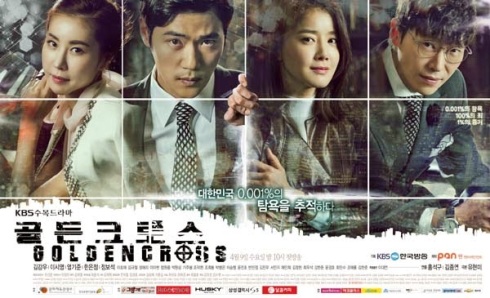 Golden Cross: Is it me or did this drama go on forever? It was 20 episodes, but were those episodes just one a week? Whenever anyone mentioned it, my thoughts would be “Is that still on?” and yep, it was. As I never really heard anything good or bad about it, and it is a revenge drama (which I don’t care for) the chances I’ll watch this is pretty freaking slip. Verdict: A cold, cold winter whine which sounds something like “Goo Soo, why won’t you act in anything I want to see???”
Witch’s Romance: There were lots of fans of this one, including those of my Kbesties. People say it was smart, funny, with a great main romance, and a good solid ending. Downside? I’m not a huge fan of the Noona romance dramas–especially if the age gap is too large. If I can’t see them actually together after the end of the story–I’m going to not believe their story. However. I think if if I were to just cross this off the list, those same Kbesties will come after me with Kdrama shaped pitchforks. Verdict: Warm. Well, warm-ish.

Gap Dong: I had high hopes for this drama. Lee Joon looked creepy as all hell–which was intriguing. Unfortunately, it sounds like the writer needed a plot with more teeth. Creepy, pointy teeth. Kmuse and Pamela have told me to steer clear on this one, and I think I may just take their knowing advice. And yet… there is still something luring me closer. Verdict: That random warm spot in the frigid lake which is either great luck…or pee.
Hotel King: I did not hear good thing about Hotel King. I don’t like revenge dramas. But I hear that Lee Dong Wook takes his shirt off. A lot. What else do you really need in a drama? Verdict: The warm tingles only a shirtless Khottie can give you. 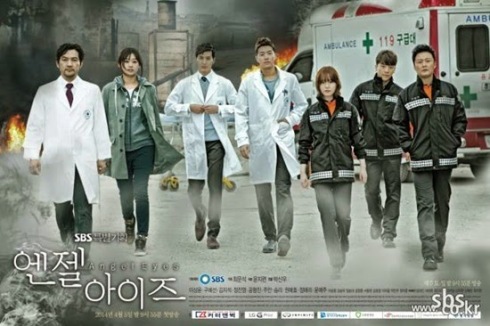 Angel Eyes. Hero’s mother murdered by heroine’s father in order to steal the mother’s eyes for his blind daughter? What the heck is this messed up drama? Oh, it’s written by the writer of Boys Over Flowers? Suddenly it became so clear. (Without me having to steal someone’s eyes.) I hear the beginning episodes were Kdrama crack, but it fell off in the end. Verdict: Cold? Warm? I can’t decide!
Secret Love Affair: Yes, this drama was super-duper hot. Yep, it was a cable drama. Uhhuh, it had Yoo Ah In. Unfortunately, it also had a noona romance with a really big age difference and was based around a cheating plotline. Umm…I’m out. Verdict: Sub-sub-zero 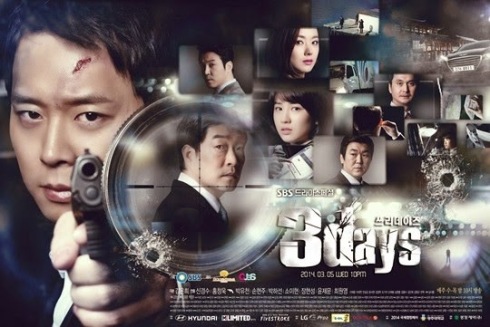 Three Days. While this drama didn’t turn out to be as interesting or exciting as I thought, it seemed to be well received, and I am a big Yoochun (as an actor) fan. Every now and then I do find myself in the mood for a little action (as in action-adventure you pervs) so I’m thinking this might fit the bill. I do wish I knew if it ended well or not though–guess this one I’ll just have to old school it–and watch because it sounds good. Verdict: Cautiously warm.
God’s Gift 14 Days: Out the same time as Three Days, I know exactly how this one ends and let me just say, I’m not pleased–neither were a lot of fans. Sorry Lee Bo Young, maybe next time. Verdict: Wicked Cold. 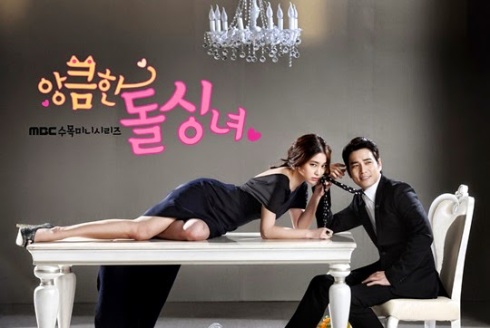 Cunning Single Lady: There is something about the premise of Cunning Single Lady that makes me uncomfortable. I think it’s the part where the heroine is trying to get back with the hero now that he’s rich. But luckily, from what I hear from people actually watching the drama, this might not have been the case. I’m going to cross my fingers and hop in. Eventually. Verdict: Hot chocolate!
Bride of the Century: Jeremy as a typical jerkwad kdrama hero? I’m having trouble picturing it. This might be something you have to see to believe, but I can’t decide if it’s worth my time. Verdict: Warm cuddly puppies, who you realize are not housebroken. 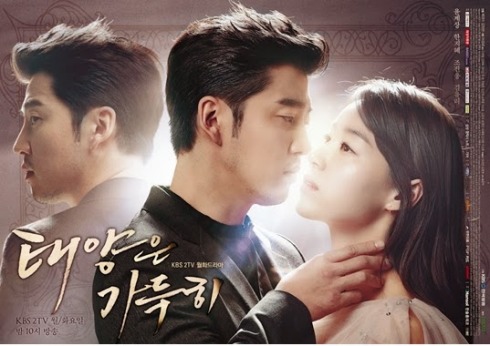 Beyond the Clouds: Hero accidentally kills heroines fiance in the past? Revenge? Office machinations? I’m out. Big time out. I don’t think there was ever a time I was ‘in’ on this drama. Verdict: It’ll be a cold day in hell before I start this one.

Ghost Seeing Detective Cheo Yong: I don’t know anything aout this drama. I never heard a single word for or against it. Did anyone ever actually watch it? For some reason, I don’t care. A Ghost Seeing Detective that isn’t all mopey with a Taecyeon noona romance? I’m in! Verdict: Is it hot in here?

Emergency Couple: While I like her in Running Man, I just have a hard time buying Song Ji Hyo as an actress. Maybe it is becaue of her role in Running Man–if I know too much about an actor or actress–it takes me out of the drama. However, there are some adorable gif sets out there with some sort of baby, so maybe I’ll give it a chance? Verdict: Call a doctor! I’m feeling warm.

I Need Romance 3. Kim Seon Ah? Sung Joon? The I Need Romance franchise? This isn’t a matter of if it’s only a matter of when. Verdict: Warm Fuzzies
So what do you think? Have you seen any of these? Should I watch or steer clear?