Posted by Stephanie on August 9, 2013 General 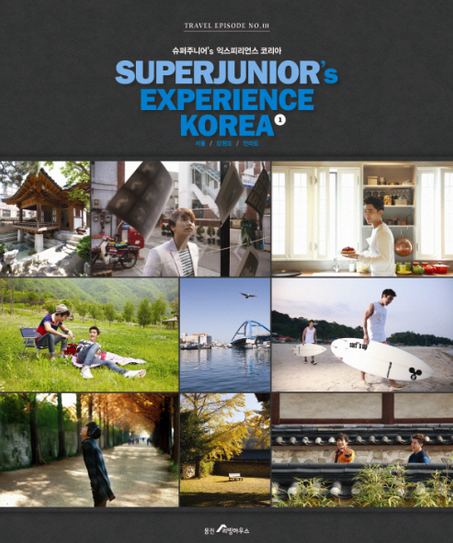 Again! Why don’t I read Korean? I need to own this book! Ahhh…who am I kidding? I’ll probably still find it whether I can read it or not.

I’ve realized I’m officially a huge Super Junior fan. I believe I’m possibly an ELF level fan now. And it’s not just Eunhyuk, yes, Eunhyuk made me look again at my Super Junior collection, but then I realized, I love a lot of their songs current and backlist!

So when I saw that Super Junior has released a travel guide to Korea? I! Must! Have! They split the band into groups of two and sent the duos to cover different corners of Korea during different seasons.

The book is split into two parts, and each area is broken up into sections like Tasting, Feeling, Making, and Enjoying. There is also an app where smart phones can link pictures from the book to play videos on your phone.

Yeah, I need to own this book like, yesterday. Unfortunately, it’s not released until 8/16, and, you know, probably won’t be sold here. Oh right. And I still don’t read Korean. Bummer.

Red 2: Even Better Than The Real Thing? Well, Not Quite