While watching our episodes this week with Operation: Kdrama Chat, we’ve unfortunately reached the episodes where the Evil Wannabe Girlfriend’s storyline becomes more prominent, which unfortunately also means, she gets more airtime. Which makes me cranky as I really, really hate her. Then Laurie said:

Who else would have Bitch slapped wanna be girlfriend, for the insults she was handing out, not just to K but to PJ too? Swear if my fist could reach through the computer to give her weighted bugs bunny smack…. I would have.

I was relieved as, up until that moment, I was afraid I was the only one who sometimes felt the unexplainable urge to reach out and slap a character. So with this knowledge, I realized this was the perfect subject for a Top 5 List.
Now these are not always evil characters. They are not always the villains or Big Bad Kdrama Mamas, those are a definite separate entity and therefore deserve their own list. Nope, these are characters who are so irritating, thick-headed, that the mere sight of them on your screen makes you wish you had the ability to slap the be-jeezus out of these fictional characters.

1) Lets start right out with the Evil Wannabe girlfriend of Stars Falling From the Sky. I. HATE. HER. I hate her so bad with all her manipulative ways, All her clinging so hard to Gang Ha in an attempt to be with him. The man almost hates you. He tells her he’s never thought of her as a woman, that being with her would be like incest since he thought of her as a sister, he says that if she were the last woman on earth he still wouldn’t be with her? And yet she still hangs on. And whines. And complains. Hey lady–If you can’t budge him by promising to give him a divorce if you marry, getting your grandfather to beg for you, or by threatening suicide? HE DOESN’T WANT YOU. Move on.

Yeah. I hate her.

2) Creating Destiny, the hero, Kim Yeo-joon’s mother. Yeah she’s an older lady–but did that make me rethink my urge to slap her? Nope. Her whining and complaining, her trying to keep the hero and heroine apart for any reason at all? Her screechy voice? When Yeo-joon finally stood his ground and said: he didn’t care what his parents thought, they were going to marry and the family could like it or lump it? I cheered so hard.

3) Love Rain. We’ve got another mother here in the character Baek Hye-jeong. And I’m gong to have to put “mother” in quotation marks. This woman is a super bitch, She’s awful to her son his entire life, she uses him again and again as a pawn to keep his father with her, and then she gets in the way of his love? Gets in the way of her ex-husbands love even though they’ve been separated/divorced for 20+ years? Whenever she wheedles to others ‘why are you doing this to me’ or said any statement with ‘me’ included, I gritted my teeth or yelled at the screen. “THIS DOEN”T HAVE ANYTHING TO DO WITH YOU!” And honestly, I was mesmerized by the way her face never moved. Ever. 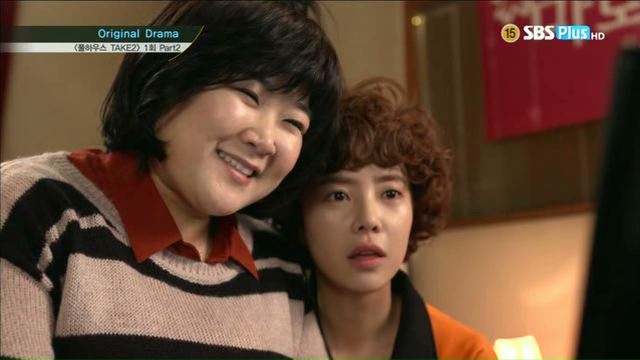 4) Full House Take 2 That friend. That dumb dumb friend. I hated her so much during the show that Kate, who was watching with me, whenever dumb friend would be on the screen would say “I know, I know, you hate her.” This girl was such a user. She takes money from her friend, gets her in trouble with the law, and then freaks out when the heroine takes a job with Take One? Saying that she had betrayed her? Come on. What sort of a friend are you? I’ll tell you what kind. A terrible kind.

5) Smile Dong Hae. This one was hard. I originally was going to go with Kim Do-jin, the new husband of the Dong Hae’s ex-fiance AND his secret brother. The way he blamed Dong Hae for everything turned a character who was interesting into an irrational angry idiot. However, after some careful consideration, I decided to go with the ex-fiance and all around jerk-face Yoon Sae-wa. She dumps Dong Hae because she wants to have the wealthy husband. She tricks Kim Do-jin into marrying her and then whenever she sees anyone connected to her past, she acts like they are merely there just to mess with her life. She does some pretty awful things setting off all sorts of plots, schemes, and her eventual downfall, in order to protect herself from Dong Hae-who wants nothing to do with her. Seriously. If she’d just done nothing? She would have been fine! However, waiting to see Sae-wa finally get hers kept me hooked on this show.

So that’s my list! What about you? Which Kdrama character would you most like to reach out and tap upside the head?

One of these Things is not like the other…